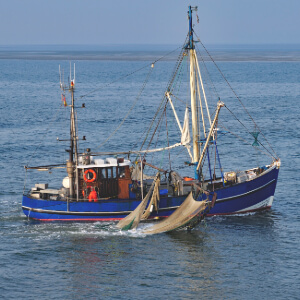 What are fish seasons?

You’ve heard about certain fish or seafood being ‘in season,’ or ‘out of season.’ You may have even heard about fish seasons—what exactly is a fish season? Fish seasons are times in which it is both legal and optimal to catch a certain type of fish or species of seafood and can also be marked by a special event or activity in the field of fishing.

Fish thrive with a rhythmic cycle. Periods of mating and spawning as well as periods of feeding. To fish while a fish is in season is to harvest fish usually during their most active feeding periods, when populations are highest, the fish are the most well-fed and more flavorful, and helps prevent a species from being overfished. Seasons and preventing overfishing make sure that future generations of this fish species will remain for generations to come.

Why do fish seasons matter?

Fish seasons capture a specific type of fish at its peak both in terms of harvest as well as taste. Fat is flavor, as they say, and a fish during feeding season will be at its healthiest and fattest and fish fat is one of the most important fats to consume in your diet. Think of when a fruit is in season as to when it is not. Most people don’t like to eat an apple that hasn’t ripened or a green strawberry that hasn’t yet turned its delicious-looking red. For the most delicious tasting fish, you want to purchase and consume them while they are in season.

Flavor is important, but if you overfish a species so much that there aren’t any left…What will you eat? What sort of impact does the disappearance of an entire species of fish have on our oceans and fresh waters? With modern shipping and food handling technology these days, it’s easy for all of us to forget fish was a food of seasonality, and that returning to fish seasons is not only the best way to preserve a species to fight against extinction, but to be sustainable, responsible, and aware of the complicated, beautiful flavors of in-season fish. Consuming and collecting fish that are in season brings a much-needed breath of fresh air to markets, filling them with diverse offerings of fish that many may have not tried or even heard of due to the farmed fish species that are generally always available.

Speaking of fisheries, having fish seasons would give fisheries a chance to rest, restock and refresh, and help cope with the natural fluctuations that come with raising fish. And of course, fish seasons can provide more marketing opportunities for small fishers and small-town markets. Observing and following recommended and legal fishing seasons can also bring benefits close to your home. Consuming locally caught seafood leads to consumption of local fish, while local fish means a positive impact on your community and the fishing communities nearby. Supporting small-scale operations usually promotes more energy-efficient and ecologically sustainable businesses.

How does fishing seasons affect fish and sustainability?

Overfishing has caused in some places, irrevocable damage to fish and seafood species. Some fishing practices, such as bottom trawling and longline fishing decline fish stock so dramatically that they become nearly impossible to cast. Bottom trawling catches fish without discrimination; including fish too young to be consumed or useful, damaging the seafloor, coral reefs, and capturing sea turtles—of which all species are considered endangered. Long line fishing is a fishing line, up to 10km long containing thousands of hooks left to float on the ocean surface for hours to days on end. Unfortunately, these hooks also do not discern what is caught on them and the bait can attract seabirds, turtles, sharks, and whales instead of the tuna and martin they are primarily looking to catch.

The constant fishing paired with some destructive fishing techniques have caused many countries to return to seasons to help depleted fish, as well as endangered ocean species to recover—protecting delicate reefs and preserving the cycle of ocean life so important to all of our lives.

How do I know when a fish is in season?

Whether you are an expert hobbyist fisher, or simply trying to be more conscious of what you eat and where it comes from, there is now fantastic and in-depth information available to finding which fish is in season, and when it’s the best to catch or eat. Almost every state has a website available for fish seasons whether you’re looking to catch one, in the fishing business, or wanting to know what the freshest catch at the market may be.

There are also some easy ways to spot and know in-season fish at your local grocery or fish market.

Keeping legal fishing seasons, observing them, and reverting to fish seasons keeps a tradition and variety to local diets that many may be missing. You support your local towns, communities, and fishers while driving sustainability and more responsible ecological benefits, and results in a piece of fish far tastier and flavorful than the fish you may have tasted before. We highly recommend learning about your local fish, their seasons and when to purchase to help sustain your health, the health of your community, and the health of the planet all at once!