Popular Cajun Meats and How They're Prepared 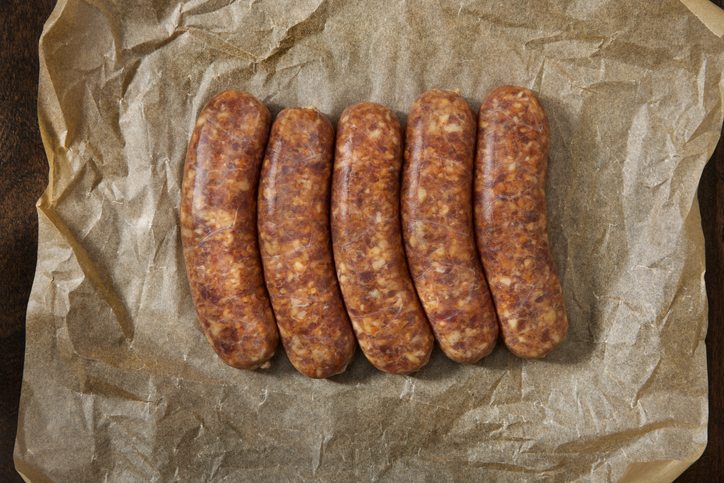 If you've ever visited or lived in Louisiana, you know that good food and good friends are an essential part of the local culture. Exceptional cooking isn't just something to do during holidays or birthdays. For Cajun people, food is to be enjoyed for any reason, any day of the year. Even if you've never had the chance to visit or experience Cajun cuisine, there are many common Cajun types of meat and meals that you can encounter all over America or even create yourself.

Come with us as we explore what makes this food so iconic and some of the more common Cajun meats and how to prepare them.

One of the not-so-secret ingredients and methods that make Cajun food and cooking memorable is that it is best enjoyed with family and friends. Cajun meals are entirely meant to be enjoyed with those you love around you. This is also another reason why you might notice that cajun cooking tends to involve enormous quantities of a little bit of everything so that you can feed those who come to your table and no one walks away hungry.

Cajun or Creole? What differentiates the two?

Ask anyone from Louisiana this question, whether at home or far away from the motherland, Louisianians will find themselves settling in to brag about and on occasion, having to defend their pride and joy of cooking and what makes it so different from others. The most challenging task may be asking them to explain Louisiana food in a few short sentences because, most likely, this would involve putting on a pot of coffee or pouring a cold beer and having a lively talk about it. However, we're betting many of us don't have the time to do that while still eager to learn.

So if you're already well-versed in Louisiana history and culture, then all you need to know on how to differentiate Creole cuisine and Cajun is that Cajun food will never use tomatoes, with perhaps the exception of a sauce piquant. So if the gumbo or jambalaya call for tomatoes, that's Creole. If it doesn't, that's Cajun. Also, another way to define the two cuisines is many consider Creole cuisine as 'city food' and Cajun as 'country food.'

When it comes to the meat used in Cajun cuisine, you'll find that Cajun cooking relies heavily on showcasing pork, fish, seafood, and shellfish. And although most of these meats are now raised and produced locally or commercially, wild-catch fish and game, a hallmark of many a Cajun dish, can still be found. Alligator is still very popular around Louisiana too.

One of the other most common ingredients or instructions you'll find in many Cajun dishes is, ""first, make a roux."" A roux (pronounced as roo) is a base for many Cajun dishes and is primarily made by combining flour, fat, water, and seasoning. Once you perfect the roux, you are well on your way to perfecting many delectable Cajun meals, as this is an essential base for many staples like Gumbo and jambalaya.

Side by side with the hot dog, there are few sausages as quintessential as the andouille sausage. It's thought that this Lousiana-style sausage was a product of early German immigration around the 1750s when Louisiana was still part of France. It's a Cajun food and appears in many New Orleans and Creole dishes as well. A good, authentic andouille sausage will both be heavily smoked and flavored, typically with onions, garlic, cayenne or other hot chilies, black pepper, thyme, and are generally made out of pork.

You can eat andouille sausages in many different ways!

Seafood is such a versatile ingredient that it's no wonder featured heavily in many Cajun dishes. Take, for example, the classic yet straightforward Cajun shrimp and rice skillet. You can use authentic Cajun seasoning or mix your own using paprika, salt, pepper, garlic powder, onion powder, dried oregano, cayenne pepper, and crushed red pepper to taste. Cook the rice with half the seasoning and chicken broth for roughly 15 mins. Marinate your shrimp in melted butter and remaining Cajun seasoning and at the end of 15 minutes, drop into the rice, cover and cook 3-5 more, then garnish and server. Other ways you can prep Cajun Shrimp are:

Chicken is another prevalent meat you'll find in combination with pork, seafood, fish, or by itself in many Cajun dishes. There are the usual dishes such as Gumbo and jambalaya; you might find chicken within, but there are other Cajun dishes with chicken as well. You can grill chicken by itself to add to varied meals to kick up the flavors, such as Caesar salads, sandwiches, or the main dinner entree.

To prepare a fundamental piece of Cajun chicken, you can start with an essential and mild Cajun seasoning mix (that will allow you to crank up to heat to taste.) Combine salt, garlic powder, paprika, ground black pepper, onion powder, cayenne pepper, red pepper flakes, dried oregano, and thyme, mix it with oil of choice and place your chicken pieces in the spices. Let stand covered in the fridge for at least 30 minutes, but longer will ensure your chicken picks up more of that classic Cajun flavor. Preheat your grill, drain the chicken and cook until juices run clear.

Cajun cuisine is one of the most distinctive cuisines coming out of Louisiana for decades, with a rich and complex culture that our single article can't cover. Yet, there's a special place for Cajun food in the hearts of many Americans, as it is the comfort food meant to "stick to your ribs." When it comes to fantastic food, we at Wholey's always encourage you to explore the country and the world through its diverse flavors.