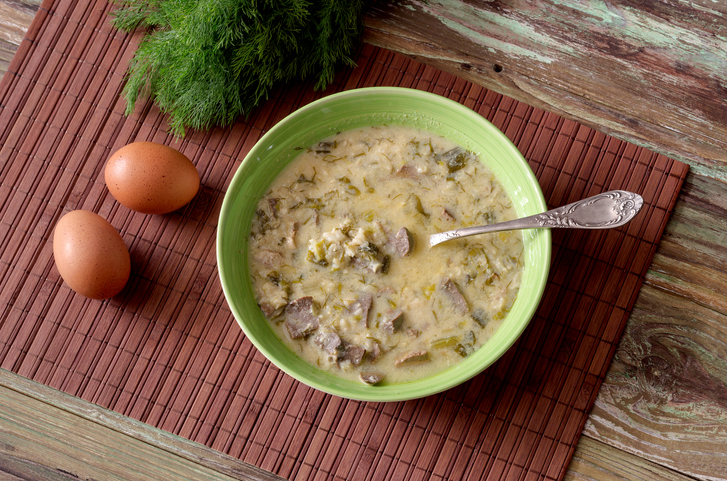 "Have you given thought to all the traditional Easter food you've cooked over the years and found yourself just not inspired by any of it? Are you planning your Easter dinner for friends and family this year and want to do something a little more international? If you've said yes, perhaps we can help spark your ideas!
Join us as Wholey's takes a look at traditional Easter foods from around the world. Hopefully, we can help inspire you for Easter and take you on a trip without leaving your home!

Lamb
Derived from the first Passover Seder of the Jewish people, lamb is one food that is common in Easter celebrations within many cultures. Depending on where the dish originates, you can find a wide variety of recipes that feature nearly every flavor and spice. You'll note that most have universal flavors such as garlic, lemon, and herbs rubbed into the lamb before it is cooked.
Lamb is delicious meat but turns out to be most tender and juicy when it is well marinated, up to six hours or overnight.

Żurek
During Easter, families in Polan go to church carrying food to be blessed then consumed the next day. Among the food are the ingredients of a dish called Żurek, a rich and hearty soup soured with fermented rye starter, served with a halved boiled egg and a meaty white kiełbasa. Depending on where the Żurek originates, it can be filled with potatoes, cooked root vegetables, or even smoked bacon. As this is such a hearty soup, it's often served on its own.

Cod
Introduced by the Portuguese, many in Brazil embrace cooking and eating various recipes featuring cod. One of the more common recipes you'd encounter is Bacalhau or salt cod. Brazilians love bacalhau and serve it in so many different forms during and after Easter. Bacalhau is often cooked with vegetables, sometimes cooked in milk or cream, can be sauteed, roasted, or baked.

Torta Pasqualina
This large and savory pie, called torta pasqualina, is made for special occasions, such as Easter, due to its careful preparation. Commonly made from 33 layers of phyllo pastry sheets (mirroring the number of years of the life of Jesus) and follows an ancient recipe believed to date back to the 15th Century Genoa. Torta pasqualina can be stuffed with chard or artichokes, eggs, seasoned with marjoram, or many other kinds of herbs. The cheese found in the traditional recipe was Prescinsêua, a soft curd taste with a slightly sour flavor, but is now often created using ricotta.

Pasca
Pasca is a traditional Romanian Easter bread served during the holiday. Created from yeast dough with a cheese filling pasca is a sweet bread. Depending on who makes it and where, it is made with walnuts and cow's cheese, ricotta, lemon, raisins, or other fillings. Pasca is traditionally brought to church on Easter night to be blessed by a priest, sprinkled with red wine to represent Jesus' sacrifice.

Capriotada
Capriotada is a Mexican bread pudding filled with cinnamon, fruit, and nuts that are typically served during the religious season of Lent, particularly on Good Friday. It's different from the usual bread pudding in that there are no eggs in the soaking mixture, so the pudding doesn't have that same fluffy, eggy taste and texture. It's more of a crumbly texture accentuated by a raisin and peanut filling. Once it's baked, it becomes a delicious layered, almost French-toast-like pudding, crisp on top and sweet on the bottom.

Mämmi
Mämmi is a traditional Finnish Easter dessert with cream. Ingredients in Mämmi are water, rye flour, powdered malt, dark molasses, salt, and orange zest. When serving and eating it, it's mixed with kerma or milk. In Finland, several varieties are flavored with vanilla, chocolate, licorice, or fruit.

British Hot Cross Buns
Almost every country that celebrates Easter appears to have a favorite type of bread to serve, with Britain no exception. The hot crossed bun is a favorite in Britain and across many North American homes. These spiced yeast buns can be filled with dried fruit or nuts and drizzled with icing in the form of a cross along the top.

Chervil Soup
Known as kerbelsuppe in German, chervil soup is made from chervil, an herb related to parsley. Chervil soup is often served and eaten on Maundy Thursday (or the Thursday before Easter), which is known as Gründonnerstag, or Green Thursday in German—hence the green soup. Like many traditional Easter recipes, chervil soup can have different ingredients. Some traditional recipes call for an egg yolk to thicken it or call for a chopped hard-boiled egg stirred through, while others like to add a poached egg.

Rosquillas de Semana Santa
Easter donuts, or Rosquillas de Semana Santa, are like cake donuts as these have no yeast and are part of the traditional Easter fare for Spain. While celebrations specific to Easter vary across Spain itself, many similarities are shared, such as the tables throughout Spain being filled with these delectable sweet treats. This is a delightfully bright Easter dessert made from eggs, sugar, milk, and flour and flavored with aniseed sugar, cinnamon, and lemon and orange peel.

Magiritsa
Magiritsa is a traditional Greek Easter soup made initially from chopped lamb liver, greens, and an egg-lemon sauce and is still served in many homes around Greece the day before Easter. Initially, the lamb used within the soup was the leftovers from the roast Easter lamp and consumed after midnight church services to break Lent. Today, the recipes can be as traditional or as updated to fit different ingredient preferences for everyone.

Cosciotto di Agnello con Patate
While eating lamb for Easter seems to be common nearly worldwide, the classic Sicilian dish consisting of lamb and potatoes is the main event of any Easter feast. A roast leg of lamb with potatoes is a simple but delicious and fulfilling meal. Ingredients are usually flavored with extra-virgin olive oil, red chile flakes, garlic, parsley, salt, and pepper, then roasted together.

While we couldn't take you to every place in the world through their delightful Easter dishes, Wholey hopes that you've enjoyed learning about traditional international food and hope you have a very happy Easter."